No matter what they do, they’re adorable. Humans—or as internet “doggos” call them: hoomans—will swoon at everything dogs do. Dogs can just be sleeping, sitting, or staring out the window, and people will endlessly share and like it. According to a recent study, people view this kind of content three times a week. So, why do we love dog videos and pictures so much?

As a form of escapism

The internet can be a bleak place sometimes. There’s news about the atrocities of inequality, abuse of power, and plain tomfoolery all over social media feeds. At times, out of Twitter’s dark humor, there’s a scoreboard to keep track of internet fights and who sent a non-politically correct Tweet out of their drafts. As a result, people seek wholesome feel-good content as a form of escapism. This much-needed boost of cheerfulness, energy, and happiness from dogs’ antics can make the audience smile without even trying.

This love has carried on to this day. More and more pet owners treat their dogs as part of the family. In the US, a pet owner spends an average of $2,000 annually on food, medical needs, and dog training. Humans’ fondness of dogs is more than just cuteness, though, it’s about how they make them happy through emotional—and sometimes physical—support. For instance, petting and looking a dog in the eye releases oxytocin, the love hormone. Interaction with pets can lower blood pressure and reduce stress as well.

How many dog videos and pictures are on the internet?

If each of these household post at the given rate, that would be 570.6 million dog content per week. 1 out of 10 fur parents owns a social media account on behalf of their dog.

The canine-human bond has been present for centuries.

Humans’ fascination with dogs has been around for a long time. Evidence shows that the human-canine relationship has been around since 14,000 years ago, and some even contend that it has been twice longer than that. Wolves and canine aided our ancestors in their hunt for food and other necessities. As these animals “gaze at them with a certain attentiveness, a certain loving neediness,” humans began falling in love with their loyal company so much so that they chose to be buried with them.

The way someone treats dogs says a lot about them

An NBC article points out that posting dog content on social media could be a branding tool. When a user is not comfortable posting pictures of themselves, they resort to posting their pets as a reflection of themselves. A happy and healthy dog means that they are caring and loving. Whatever the motivation of this content is, one thing is certain: humans love dogs on the internet and in real life.

David Barge is a pet expert. He loves all animals, but his favorites are the ones that people keep as pets. David Barge knows everything about pet problems and has helped many find answers to their questions. 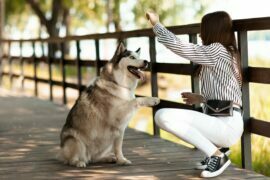 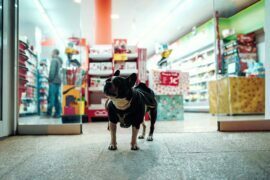