After dogs, horses may be a man’s best friend.

And it is easy to see why!

The creatures first discovered some 50 million years ago have partnered with humans for various roles including transportation of goods, travel companions, and even accompanying them in the fields of battle.

Even today, the horses play a major role in our recreational activities, sports, and hobby.

But did you know that there are several facts about these powerful and beautiful creatures that most of us are unaware of? In this guide, we have compiled a list of top seven facts about horses that you will definitely be surprised to know.

Horses have very big eyes. In fact, the largest of any land mammal, measuring at a rough diameter of 5 centimeters. They are even nine times larger than the human eye with capability of seeing 360 degrees at the same time.

They also have good eyesight and can see better at night, even though it takes them longer to adjust from dark to light and light to dark. They are able to detect motion with more accuracy than many other animals as well. However, thanks to their large eyes, they see objects in more detail. And although, the researchers oppose, many people believe that this is the reason for horses to startle so easily.

Many of us have seen horses showing off their teeth, in what looks like a smile or even a laugh. In reality, this is not the case. The equine are just showing their teeth to determine whether the surrounding smell is good or bad.

The amused face, made by the horse is called the ‘flehman’ response, where the horses use their special olfactory glands to check your body odor. The technique is more common in male horses than female, who often check the urine of the mares to ‘smell’ if they are heated or not. More amazing is that most of the popular horse names or nicknames are based on their laugh.

Interestingly, the hard part of the horse hooves are made up of keratin – an essential protein for hair, nails, and even horns. Without properly fitted horseshoes, the hooves of a horse create traction that may put the horse off balance.

Luckily, properly fitted horseshoes fixes the problem and provides the support required to the ‘racing horses.’

Did you know that horses could sleep both ways – standing up and lying down? However, the sleep that they take lying down is considered their REM sleep. It is also very limited – around 30 minutes per day while most of the shuteye they need to regain their energy is taken standing up.

Nevertheless, when they sleep lying down – others in the herd remain up and keep a watchful eye on their mate, signifying their highly social behavior.

Surprisingly, horsemeat is a delicacy in many areas of the world. Specifically in France, the meat of horse is enjoyed in different dishes with the French claiming it tastes better than any other variety of meat. The French and Americans alike also enjoy its brains and heart.

The meat of the horse is also very healthy and protein enriched. As a matter of fact, it was an integral part of the meal served to the men during the Wars.

In the 20th century, the horses are used for many purposes besides domestic work, including races, breeding competitions, sport games, and leisurely activities. In fact, the horse industry is one of the biggest in the world.

In just America, the horses have an estimated economy effect of $39 billion annually whilst more than 4.6 million American residents work and tend to the horses in one way or another.

It is also assessed that there are around 58 million horses in the world and the humans care for the majority of them as well.

Horses are undoubtedly very intelligent creatures. But perhaps some of its breeds are more gifted than others are and have the ability to work several things for themselves such as opening bolts, freeing them from captivity, etc.

Horses also have a very sharp memory. They can learn pretty fast and are able to remember most things we say to them. Their good memory also helps them identify familiar places, which may be the reason they are hesitant to go to places with bad memories.

Above all, they are very loving animals and if you treat them with kindness – they will remember you as their best friend for as long as they live.

Even though many of us are unable to ride or even touch a horse outside the television set – the majestic animals do deserve as much recognition as possible. Through this guide, we shared some interesting facts about these mighty animals.

Know any more? Share with us in the comments below!

David Barge is a pet expert. He loves all animals, but his favorites are the ones that people keep as pets. David Barge knows everything about pet problems and has helped many find answers to their questions. 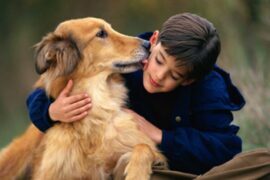 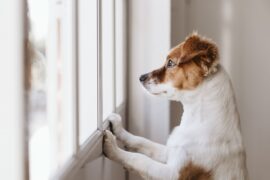 3 Reasons to Consider Residential Obedience Training for Your Dog 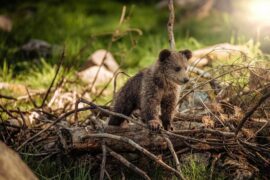