Your Natural Choice for Your Pet 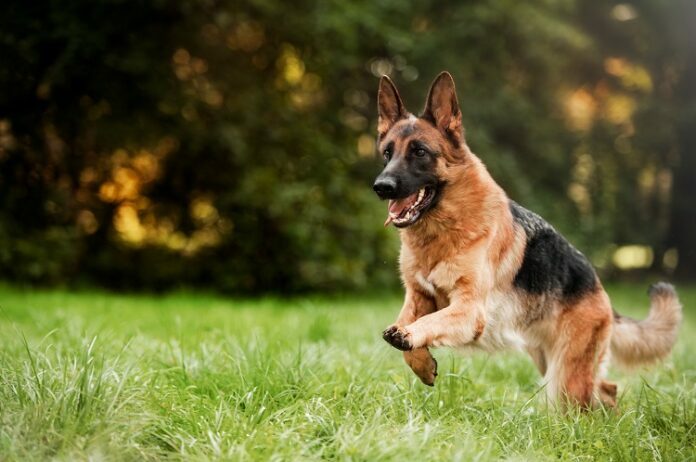 The Saddle Back is the most common type of German Shepherd. This variety is named for the saddle-shaped black coloration on their backs. They often also have black markings on the muzzle and tail and are usually red or tan elsewhere. This is the variety most commonly seen in dog shows and competitions. They can be registered by a variety of organizations with the most common for dogs bred in the United States being the AKC. Dogs imported from Germany are often registered by Vereine für Deutsche Schäferhunde and are commonly referred to as a pink papered German Shepherd.

The Sable variety is similar in coloration to the Saddle Back but lacks the distinctive saddle pattern. They are usually born tan and then develop darker colors as they get older.

The solid color German Shepherd is less common but only differs from the Saddle Back in that their coat is one solid color. The most common colors are black and white, though only the black variety is accepted in competitions.

The Panda German Shepherd has an uncommon genetic mutation that results in white coloration on the abdomen and legs and black elsewhere. This variety is somewhat controversial with some breeders, who consider white markings to be a sign of poor breeding.

German Shepherds are a popular breed, best known for the classic black and tan coloration of the Saddle Back. However, the breed also comes in three other less common color variations, many of which are also eligible for registration and competition.

How to Choose the Right Dog for Your Family?

Qualities of a Competitive Horseback Rider

Lotus Satria - November 24, 2022 0
Regardless of whether you want to enter the world of equestrian competition or are just an amateur rider, there are some qualities that you...

The Importance of Wall Caddies to Your Horse Jump Poles

Lotus Satria - October 8, 2022 0
Pole caddies are shelves for storing horse jump poles. Some are mobile and feature wheels. Others are fixed to a wall or fence with...

The How and When of Feeding Horses: A Guide on Equine...

Lotus Satria - September 21, 2022 0
For normal growth, reproduction, and performance, horses must get proper nourishment. Healthy horse treats for horses should have the necessary nutrients in an amount...

Benefits of CBD for cats

animals-photos - August 10, 2022 0
When it comes to our feline companions, we try our best to keep them happy and healthy. The feline anatomy, much like ours has...

What You Need To Bring When Going On Holiday With Your...

Lotus Satria - June 10, 2022 0
Planning a holiday trip with your dog can be a rewarding experience. Dogs are pack animals and the thought of going out together with...

The Truth About Dog Chew Toys

Cool Tricks to show Your Canine

Dog training, choose the right trainer for your pet

How to help your senior dog get though winter.